Prince is a 7-year-old palomino, Quarter Horse gelding about 15.2 hh. He arrived at WHHR as an unstarted, stallion. While in our care, he was gelded and backed. He was sound and a lovely mover, and because he was so green and very confident, he needed a home with an experienced, confident rider to help him reach his potential.

Prince found just the person he needed when he was adopted in June 2013. His human partner recently sent this update: 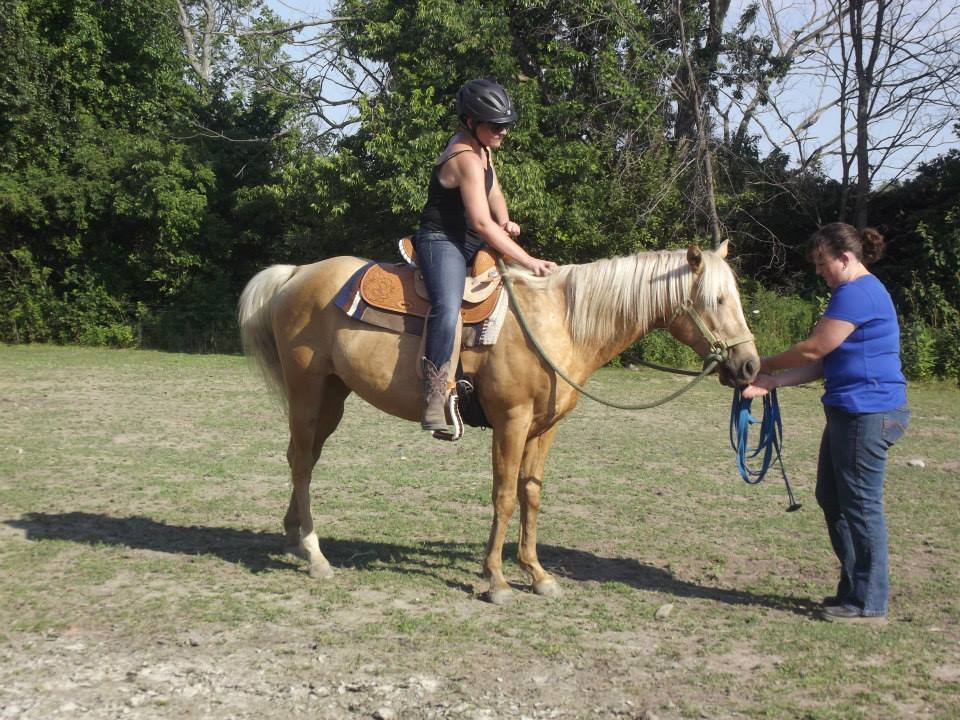 Prince has now been home with me for 7 weeks. He has been renamed "Phoenix" which he chose out of long list of names. He was like "Yep! Thats me!" ( We wanted to make sure we honoured his roots and the story of the Phoenix fits where he has been and our rebirth together).

Last Sunday was my birthday and I decided that I wanted to spend it with Phoenix, because honestly, what's better than time with a horse??

It just happened it was also the day he decided to let me know he was ready - and for my birthday he gave me our FIRST RIDE together. We did work with someone we both trust as a spotter in case there was trouble.

Phoenix was Amazing! He stood for mounting and dismounting a few times which was perfect enough since we haven't worked this before. Once I was on him and ready it took one "walk on" voice command and off we went! His back felt very relaxed while I was on him, He just had his concerned ears on which by the end were relaxed. He even whoaed nicely off voice and seat. I don't think I could have been more proud of him.

Brenda is our hero. Without her dedication and love for these animals that have been forgotten we would have never found each other.

(This goes for Dave and all the volunteers too!! ?)